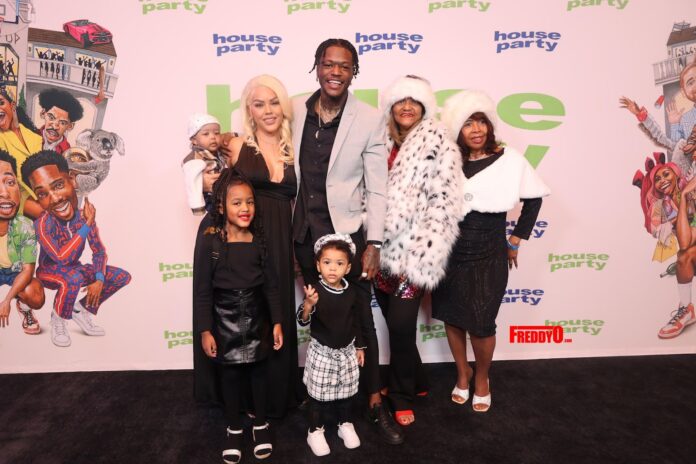 Serial Entrepreneur & Mommyblogger Jacky Oh and entertainer DC Young Fly attended last night’s Atlanta premiere of House Party with their family. Some may say they were the ‘Flyest Family’ present as they walked the red carpet color coordinating in all black with white accents.

This is the family’s first public appearance with their first-born son Prince’ Nehemiah. DC and Jacky have spent years building their businesses individually. Having children and creating a family unit is one of their proudest accomplishments. Having the entire family present to attend the screening was important to the couple as this only will continue to show their children just how much talent they embody. 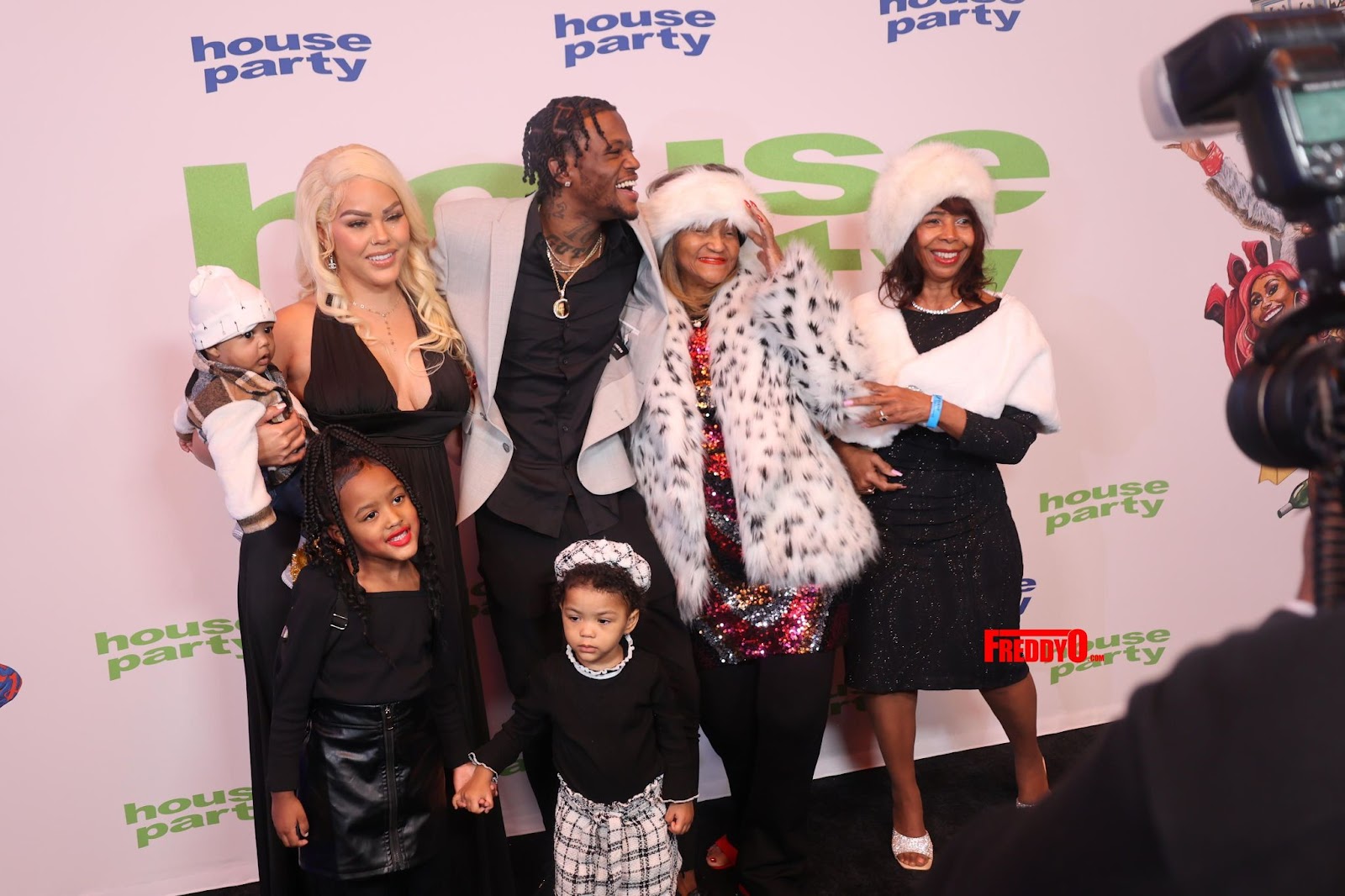 The House Party movie was nothing short of hilarious. A high school student decides to host a house party while his parents are away, which turns into a wild night of antics, hip-hop, dance, and fun. A remake of the 1990 comedy, ‘ House Party’. “It is so funny. From the beginning to the end, everyone did their thing– It’s so great to see young black men come together to make a movie like this. It was so so good” said Jacky Oh.

Aspiring club promoters and best buds Damon (Tosin Cole) and Kevin (Jacob Latimore) are barely keeping things together. Out of money, down on their luck and about to lose the roofs over their heads–and freshly fired from their low-lift jobs as house cleaners–the pair needs a huge windfall to make their problems go away. In a ‘what the hell?’ move, they decide to host the party of the year at an exclusive mansion, the site of their last cleaning job, which just happens to belong to none other than LeBron James.

No permission? No problem. What could go wrong? How about a time traveling DJ, undependable security, a runaway guest list, one borrowed Lamborghini, angry rival promoters, a stolen championship ring, escalating property damage, an angry koala..? But also, one outrageous ride stacked with double-take cameos and timeless throwback tracks, R-rated comedy and two friends worth cheering for… you have to see to believe. After all, a night like this doesn’t come around more than once.