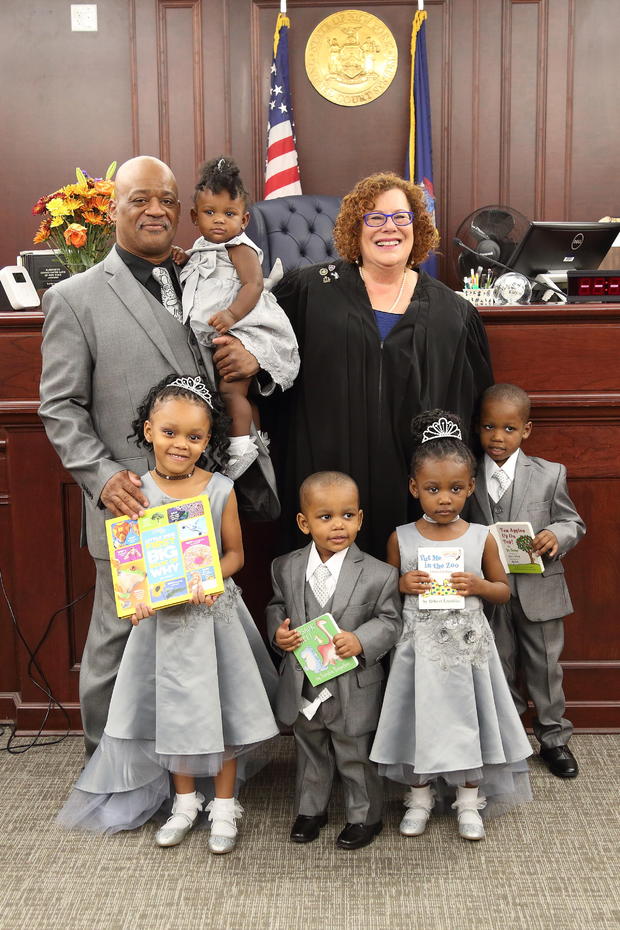 Single dad adopts 5 siblings so they can stay together.. “I had to help them”

When 48-year-old Lamont Thomas became an empty-nester, it was the end of a parenting legend. Back in 2001, this divorced dad of two took on a foster kid named Michael Perez.

“He was a good young man and I just hated to see him in the system,” Lamont said.

He eventually adopted Michael, who now works as a nurse.

“I don’t believe that I would be the person that I am today without the morals that he instilled in me, the extended family that I have now,” Michael said.

Turns out, Michael was just the beginning. Over the next 15 years, Lamont fostered more than 30 kids in Buffalo, New York, and adopted five of them. He did this all on his own and with all of his heart.

“Every child that I have had, it was my goal to make a difference in their lives,” Lamont said, who eventually retired from fostering.

“It really was a shocker. I didn’t expect for him to restart and to do it all over again. It’s just amazing,” Michael said.