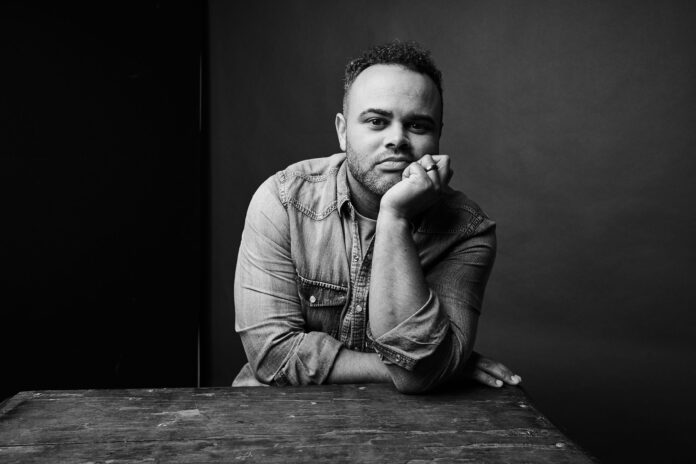 We got the opportunity to sit down with comedian Robert King, who recently just released his new book available exclusively in ebook and audiobook on Scribd. No One Here is Like Me is an intimate memoir, in which Robert reflects on defining moments in his life as a mixed-race man in America. Throughout the piece, Robert sprinkles humor into his anecdotes about growing up biracial, struggling with identity and forming healthy relationships. Check out the interview below as we talked with Robert about his upbringing, who he is as a Father, his relationship with his Dad, and much more.

Tell us about yourself, where you’re from, your upbringing, and most specifically your
relationship with your parents (mother and father)?

I grew up in New Jersey. Pretty basic middle class upbringing. I was raised by my mother and father (who was not my biological father) until I was 13. After that, they got divorced and I was essentially raised by my single mother. My relationship with them growing up was always pretty tense. I acted out quite a bit, likely because there was a lot of uncertainty in our household, and on top of things it was a blended family, and I didn’t have a lot of answers about where I came from.

How did your upbringing and relationship with your father impact the man you are today?

The father that raised me was a quick to anger, violent guy. It made me a very angry young man, and for a long time I struggled with anger. So, the short answer is that my father’s impact on who I was, was negative. But, having him out of my life at an early age gave me the distance I needed to reevaluate who I was becoming, and I used my father as an example of the man I did NOT want to be.

How did you overcome any struggles or hurdles faced during your journey to where you are today?

(the previous answer has some overlap here)

Another struggle in my journey was my racial background. I didn’t meet my
(black) biological father until I was 30. He left my mother and my life before
I was born. As I became a grown man, and a grown black man at that, I
realized I desperately wanted to know my black side, and meeting him (my
father) and my other relatives on that side of the family helped fill out the
picture of where I came from. It gave me a better sense of self-confidence
that I never really knew I was lacking.

We use this term “laugh at your pain” a lot in our community. Has comedy been a way
for you to heal through your traumas by making jokes about them?

Comedy has been a mechanism for coping/dealing (and healing) with my pain my entire life. As a writer and performer, I’ve used comedy to help connect to a lot of the feelings I’d previously been unable to access in my everyday life.

Outside of using comedy as an outlet, have you ever been to a therapist? What’s your
take on the importance of mental health as a black man/father?

I have been to a therapist, and believe it’s an essential part of maintaining your mental health. I know there’s been a stigma, especially in the black community, around talking/seeing a therapist, but I feel like that has gone away quite a bit the past few years. It helps no one to hold things in, and I know for me personally, the times that I did, it only pushed me away from my family. They need me in their lives, and I need them in mine, so talking about what I’m feeling (even if it’s not always to them directly) actually helps me stay connected to them.

Who is Robert as a Dad?

Truly just trying every day to be better than I was the day before, and working VERY hard to forgive myself when I’m not.

I’m very quick to be goofy and playful with my kids. Honestly, I love that about myself. Because I have a background in performing, I don’t have a lot of inhibitions around what people think of me or how I look. So, with young kids, when they want to be silly, I’m very quick to be silly right there with them, no matter where we are or who’s around.

But, I would say one thing I struggle with is being present all the time. Because I am self-employed and work as a freelancer, I don’t keep normal work hours. So, I struggle with turning off my work-self when at home, especially when my kids want my attention all the time. 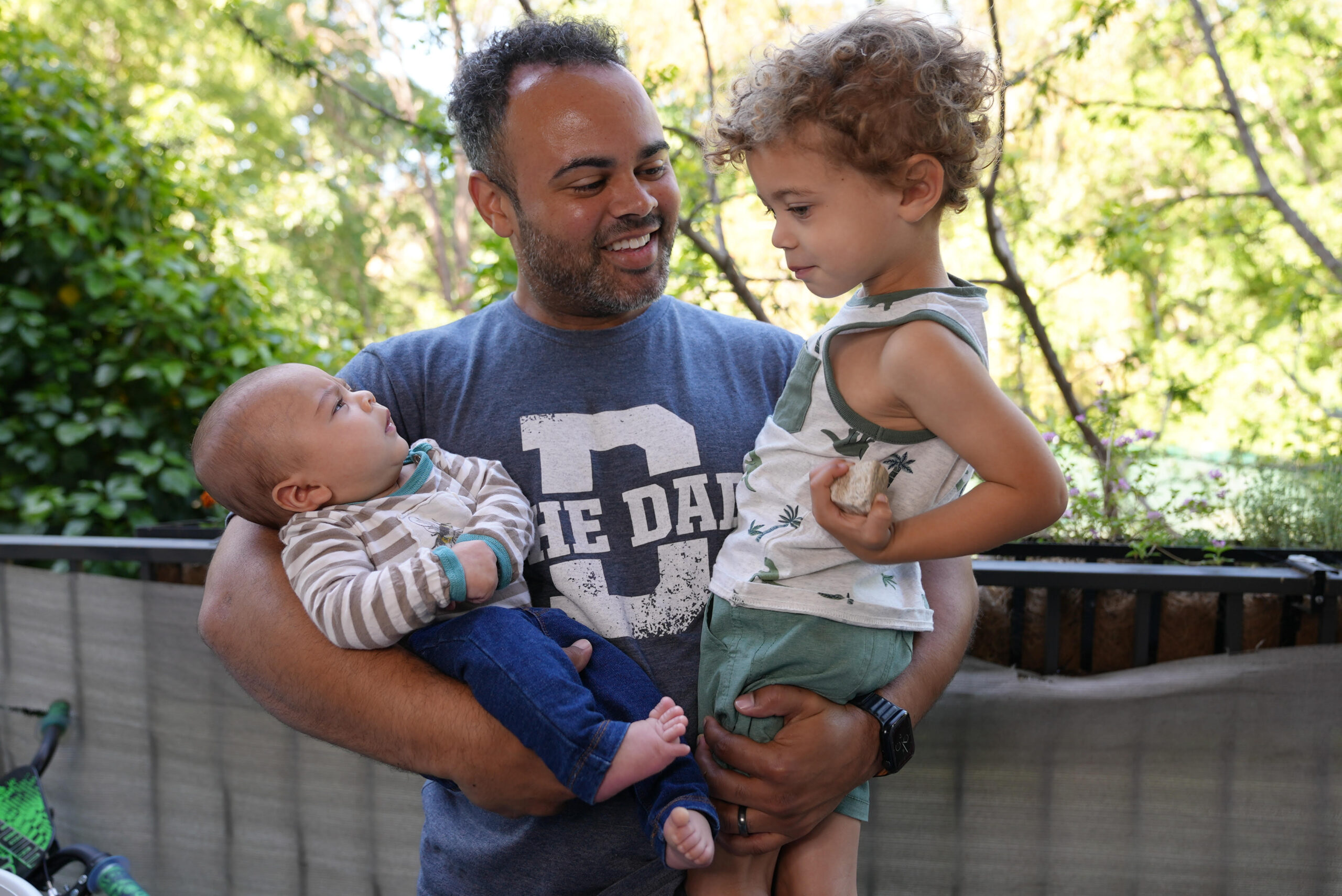 How do you use the things you’ve overcome in your childhood to educate your kids and
help them to become healthy adults?

I did not talk about what I was feeling when I was young, and I think a huge part of that was because I didn’t feel like what I was feeling was valued, or that it was beneficial to talk about things. One of the biggest things I try to do with my kids is encourage them to talk about what they’re feeling. I can see my oldest has a lot of me in him in that he’s quick to get frustrated and puts a lot of pressure on himself. Being that I know so well what that’s like I’m often able to proactively offer him outlets to talk or connect with me
before he gets to his boiling point and is too emotional to communicate.

How do you balance your career while also trying to show up as the best dad you can
be?

I’m lucky to have a great partner that helps facilitate when I absolutely need time to work. But many times, it’s a struggle to balance family time and work time. Because I have to work constantly, the biggest thing I focus on is being as present as possible when I CAN be with my kids. If it can’t always be quantity, it sure as hell can be quality.

If you could write a short letter to your dad starting with “Dear Father”, what would you
say?

I’d probably need two pieces of paper, one for my biological father and one for the dad that raised me (for a bit). I’d probably just want to say:

Dear Father, I forgive you. I have to believe you were doing the best you can and truly tried every day to be what I needed you to be. I won’t lie and say that you succeeded. You didn’t. You hurt me a lot. But I do not want or need to hold onto that resentment or
disappointment any longer, and I hope you can feel released from any burden you might have around it. I thank you for any effort you put in, and I forgive you.

My book, No One Here Is Like Me, comes out Sept. 14th on Scribd, in e-book and audio book form. The book is about race, family, and fatherhood, and is filled with essays from my personal journey growing up biracial and how I apply what I learned then to raising two boys of my own now. I think a lot of people (fathers especially) can relate to a lot of the themes and stories in the book, and I hope it helps people connect to their own feelings around those topics. 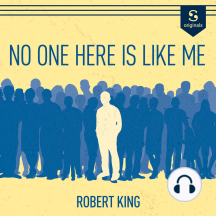 In addition to that, I’m constantly writing and performing in different places. So people can just follow me on social media.