#KeepPushingDosia: A single fathers journey of Resilence, Healing and the Power of Prescence.

Aldosia T. Bridgeman knows the pain of picking up the pieces of a broken heart after divorce. Single black fathers, are a  community of black men that exist that often receive less love and community support since idea of the fatherhood is often tied to phrases like “well you suppose to take care of your child“. Which is an undeniable fact, but what would you do if one day, the love of love life, wife, mother of your child woke up one day and decided that the life you all built together was no longer serving her?!  Do you continue to fight for your love or accept it and keep it pushing?

#KeepPushingDosia, has become a living mantra that has has kept Dosia’s head above water in trying times. Its a place he goes deep inside of himself to see through the struggle, face it head on and get through it. Life as a newly divorced single father of three year old son Nile AKA ” FIVE”  comes with a roller of emotions day in and day.  Balancing your own twisted emotions while at the same time tending to emotional needs of a young boy. The lack of relationship with his own father has become a source of motivation to be to his son, what he wish he had.

I had the pleasure of sitting down with Dosia to talk about his upbringing , parenting with Dosia and moving forward after divorce and embracing life as a single father. Check out our conversation below.


Dear Fathers: Did you and your Father get the opportunity to heal from the past trauma of his abscence?

Dosia: We did. It wasn’t like the typical sit-down. It was Thanksgiving, we were at my grandma’s house and I remember he was there. And I just approached him , like ” aye yo so what happened?! What was on your mind when you saw me in my momma stomach? And he broke down dialogue of what resembled to be of a scared young man.

At the time he has basketball offers coming in, ways he flipping money and  having a baby ain’t really what he planned for. It’s known in the family that my dad was a slick talker and all about the party! Not so much the responsibility. My whole point of having the conversation with him was to see things from his angle and try to align the stories I’ve heard.

I remember while we were talking he mentioned that he never missed my birthday. And I’m like… if sending a card from wherever he was at and putting some money in the card signifies…never missing a birthday, I guess. I learned in the that moment, when somebody is vulnerable with you, you have try to get what you can and facilitate that to yourself & hopefully close some of those doors.

Dear Fathers: How did growing up without your father impact your approach to fatherhood?

Dosia: When I found out I was going to be a dad I was scared! I didn’t know what to do, honestly. For me, it was thinking I had to be at a certain financial status have these elaborate goals, and other things set up! But my thought process changed.

When my ex-wife and I found out that she was pregnant, the first thing I wanted to do was make sure she was mentally and physical supported and capable of carrying our child. I started thinking ” ok what can you do… instead of focusing on what I don’t have. For me I knew I could be present, I could be loving, I could learn about who my son is and be in his face everyday so he knows who and what I am to him! So I decided to start there and build from there.

That has been my process from then until now.

Dear Fathers: Nile is born! What was the first thought or feeling that you had the first time you held your son?

Dosia: I was waiting for that ” magic” moment! You know, crying, super emotional and overwhelming sense of joy. This is how I remember my first moment(s) with Nile.

My ex-wife did a natural birth, and so she’s sleep at this time. The midwife was doing what midwives do and I’m holding him! I look down and like wow! I HAVE A WHOLE KID. And I had my moment of not feeling like I don’t know what I am going to do.

A 2003 iniate of the Alpha Eta Chapter of Alpha Phi Alpha Fraternity, Incorporated- Dosia is known by the PHRAT as RELENTLESS. A name that is truly defines his character.

” It was all good, until it went bad”

” All I know… is that I showed up in my marriage and I’m proud of myself for that. I was able to experience love”.

Dosia: After the divorce… I packed up me and Nile SH*T and moved back to St. Louis- humbled and ready to start this new life transition. And now we are living in my aunts attic, as I’m trying to get something finalized. And that was cool for me at the moment while I try to balance all of this out, I have support. I needed a place where I knew Nile would be safe and cared for. I remember one night in my aunt’s attic.. Nile was sleep and it hit me…. she gone bruh.. she gone! You have to find it in you to STAND UP, because this aint it, and this ain’t how it’s going to be. I told myself to start by making a couple phone calls, get on my grind, pick up some side hustle. Today, I’m proud to say I did what needed to be done to make sure my son has what he needs and is cared for.


Dear Fathers: What have you learned about yourself since re-structuring your life as a single father?

Dosia: Umm… I learned that I listen well and that it is ok to be still. I learned that i’m a great writing and that journaling has helped me immensly. Therapy has allowed me to engage in conversation that is meaningful, not just dead language. I have a tool called a “feelings wheel”, which is something I got from my ex-wife. The feelings wheel helps me describe and use words based on how I am feeling- because it is OK.. not to be OK. I’m real about how I feel! For me I’v learned, when my mind is going a million miles a minute, to tell myself stop! sit down and write!

Write the sh*t down, get it out your mind so you can see what you been thinking about. 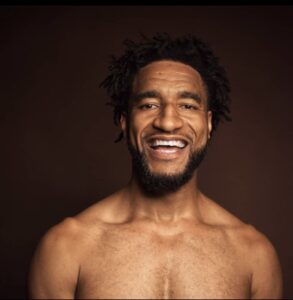 Dear Fathers: If you could write a quick letter to your father, starting with ” Dear Father”, what would you say?

I blamed you – but I don’t blame you anymore because now I realize the why. You need to accept the responsibility of the lives you created. I know you tried to make it happen by showing up financially, but I hope now you know, that all that money don’t mean nothing. At the end of the day, like the money you gave me I have nothing to show for it. I just pray that when you have a moment of clarity for yourself, that you forgive yourself & show up however you can for those that are around you now.