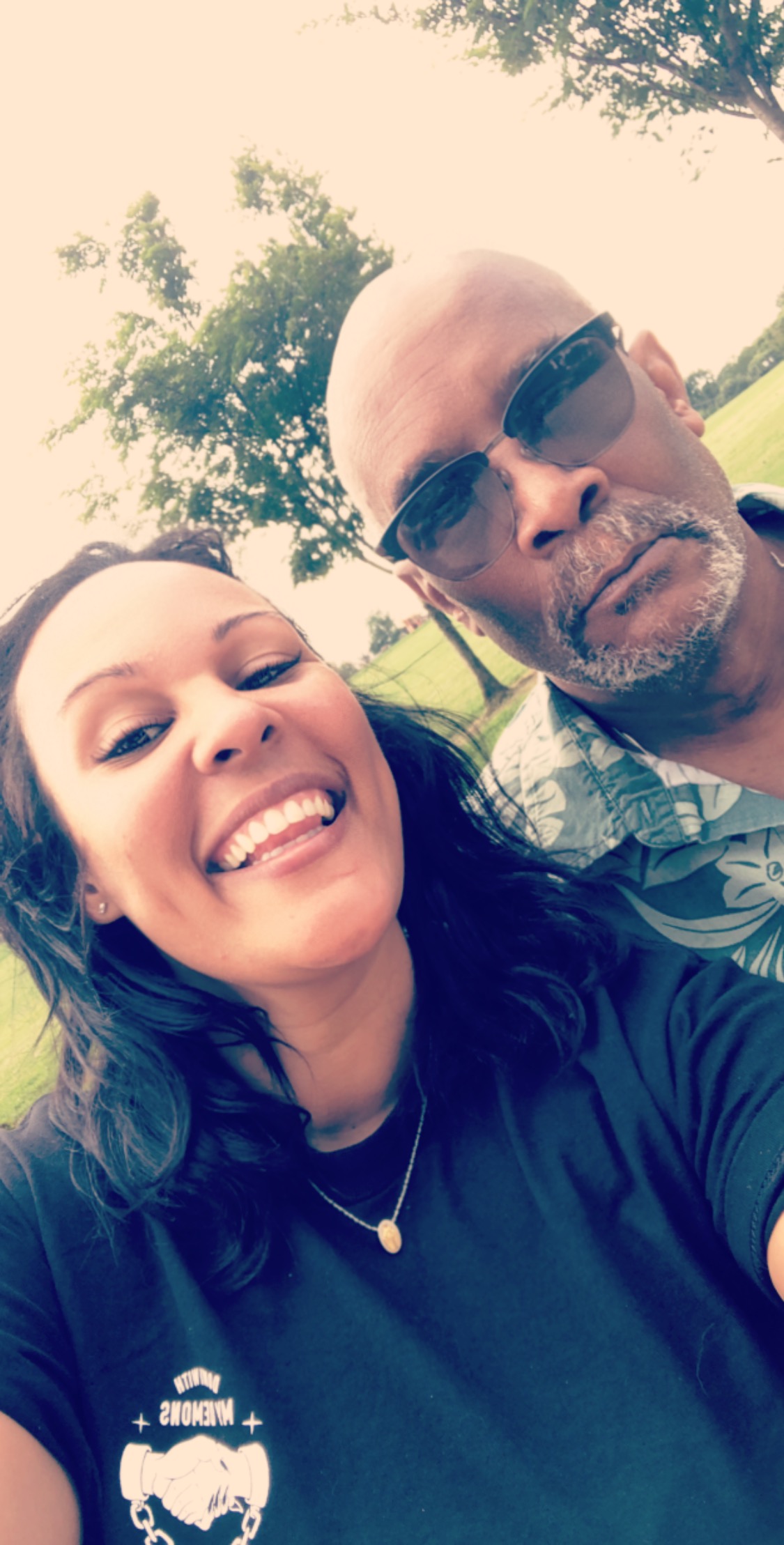 I’m a daddy’s girl in the best sense of the term. I think because we’ve always had such a great and open relationship I’ve never needed to search for a father-figure outside of him. He raised a strong, independent, confident daughter. I would not be the person I am today without his influence.

Where do I even start? My father has taught me so much! At this point in my life though, I would say the best thing(s) he taught me was his work ethic and the importance of standing on my own as a woman. He used to tell me and my sister, “Women need men like fish need bicycles… They don’t!”

I’m a freelance fashion stylist in NYC. It’s tough and competitive but because of my work ethic I’ve been able to be a part of some really dope projects, to travel and to make a decent living all while doing so. His work ethic as hardcore as it is centered around working to live and not living to work which has always helped to keep things in perspective.

Being raised to not depend on a man has helped because I have been able to move through life making the choices I truly want, allowing me to actually curate an amazingly full one. It has also helped me realized the importance of entering a partnership on a level field, where the want is mutual and not based on needing or scarcity.

What struggles did you face in your relationship with your Dad and how did you get through them?

The biggest struggle I faced in my relationship with my dad was when I was in a really unhealthy relationship with a guy I dated for way too long. At one point I ended up in a car accident because of stupid decisions I made after having a fight with the guy. I had to be hospitalized and the day I came home my dad told me he didn’t want to be in any part of my life that involved the guy. I was crushed. There was actual heartbreak there. I stopped seeing the guy for a while but I was stuck in a cycle and it wasn’t until I was in a better headspace (and did some growing up) before I was able to understand where he was coming from. You never want to see someone you love choosing to be involved in something that is constantly hurting them, let alone putting their life at risk. We got through it with time, it didn’t cause a big rift between us but it did make me take a hard look at my actions and how they affect more than just me.

While no one is perfect, my dad has been an ideal example of what a husband and father should be (which is probably the reason I’m single lol, they don’t make men like him anymore!!). My dad has shown me the importance of finding a partner who accepts me for who I am and continuously supports it. He also highlights the importance of having a partner who is a provider, not just monetarily but one who can give the emotional support.

Having such a great relationship with my father has allowed me to be sure of who I am as a person and because of that I think there has been an ease in which I’ve operated in the world.

If you could write a short letter to your father, starting with “Dear Father,” what would you say?

First and foremost- thank you for actively being in my life everyday. I wouldn’t be able to begin to imagine what my life would look like or who I would be without you.

Thank you for being proud of me even when I felt like I was simply treading water in life. Thank you for always being a phone call away. There is nothing in my life that I don’t feel like I could share with you and that in itself has helped in more ways than you know.

I will always cherish and reflect on the heart to hearts we’ve had in the car while running errands. I will continue to re-watch and send you ALL the videos I have of you being goofy because they make me tear up laughing to this day, especially of you mimicking how the girls at the club dance! There’s no one I would rather spend my birthday weekends with, so thank you for making that yearly trip to NYC to see me.

I love you so much. I’m proud to be your daughters.