Viv Leacock Talks Fatherhood, Acting, and How He Gets to Combine the Two

Not too many people can say that they have gotten to act alongside Eddie Murphy and their own children. Well, Viv Leacock can say that and he does, proudly. Viv, a native of Montreal, Canada with Trinidadian roots stars as Joseph in Hallmark Channel’s ‘When Calls the Heart.’ Playing his children on the show are his real-life children, Vienna and Elias. I had the opportunity to talk with Viv about our favorite subject, Fatherhood.

As Viv reflects on his relationship with his father growing up, he called it “very particular.” He mentioned that his father was from the generation where he was the sole provider and worked hard to keep a roof over their heads and to keep them fed.  But any playing around like sports was not likely going to happen. He also mentioned that his father had the mentality of “Do as I say, not as I do” with not many explanations. And that is what Viv describes as his biggest difference in fathering styles between he and his father.

“He [Viv’s father] was telling us stuff so far before we got to it and he wouldn’t explain why, he would just tell us to do it! With my kids, I explain everything! There’s a lot of I’m telling you why this is important.”

Viv recalled when his daughter was born, really understanding why his parents were how they were. He explained the second he laid eyes on his daughter, he realized his parents weren’t being strict or mean, they were scared of anything happening to the children. That is such a huge revelation to start seeing the world through your parent’s point of view and really recognize that they were just doing their best; the best way they knew how.

Pursuing an acting career is not for the faint of heart. It comes with a lot of uncertainty. But as Viv explained, it comes with a very particular mindset. To be able to continue to go after a dream and not settle for any job that pays the bills. He remembers using a quote from Eddie Murphy to explain to his father that if he had something to fall back on in case the acting didn’t work is like him admitting that acting won’t work and he’ll fall back on that safety net. That same year, he was casted on ‘I Spy,’ starring Eddie Murphy resulting in a real full circle moment. 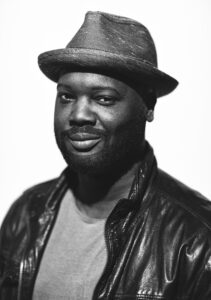 Then, over a hundred acting credits later, Viv books, ‘When Calls the Heart’ on the Hallmark channel. When he realized his character had a daughter and son, ages 14 and 10, he contacted his agent to see if they would let his 14-year-old daughter, Vienna, audition. Vienna had done some voice work and had just mentioned to her father she wanted to do some on-camera work. When Viv heard back from the casting director that she could audition, he was excited to tell his daughter. Once she found out the character was blind and that this was an established show in its eighth season, she declined. She was worried about ruining the integrity of the show with her limited experience.

“I always say to the kids, you should always try! That’s the one thing my wife and I won’t accept. You can’t tell me you don’t like it before you try it! You gotta TRY!”

With the encouragement of her parents and one of the shows directors, Vienna auditioned for the role and blew everyone away with her audition. So much so, the show asked Viv’s sons to audition as well. Now, they had never expressed any interest in acting, but with their father encouraging them to just try, Lennox and Elias both auditioned. Since the character was aged for a 10-year-old, thirteen-year-old Lennox was too old for the part; however they casted Elias who happened to be ten.

Viv gleamed with joy when talking about how well his children are doing on the show and growing as actors. He said he hasn’t even given them much guidance but they are so comfortable on set even in front of the large crew. He has recalled seasoned actors buckle in those situations. Needless to say, he is super proud of them.

Viv’s advice for parents of kids who want to act is to make sure that your kid wants to do it and not you wanting them to do it. Because that makes all the difference in the world. If your child comes to you with an interest in it, then you get behind them to really support. That can be applied to anything your child wants to do as well. Viv told me how his father made him learn the Organ for no apparent reason at around 8-years-old. He said at 8, all he wanted to do was play the drums and would have been way more receptive to those lessons. That’s why it’s important to him to let his kids explore acting and even Lennox, who is not as into acting, but likes to race go-karts and dance. Viv gets behind them 100% to support those activities.

Of course, I asked Viv to write a letter to his father.

Be sure to catch Viv and his children on Hallmark’s, “When Calls the Heart!”