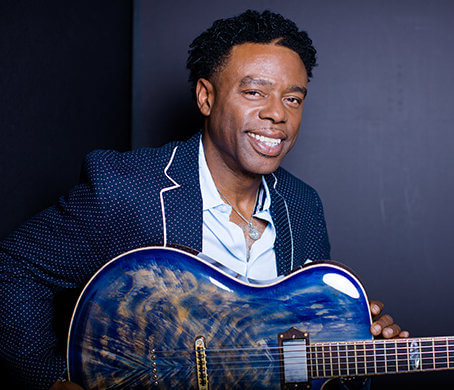 Jazz Guitarist Norman Brown And His Adventures Of Fatherhood.

Being a kid of the ’90s was such an awesome experience. We literally grew up around our television sets; this was when the big screen and the colored televisions were popular. We would often try to imitate Michael Jackson’s signature moonwalk dance watching his music videos on BET, and my brother and I would try to jump high and fly and dunk like Michael Jordan. Music has always had an impact on me and has saved my life. As a youth, I began to play instruments, but I did not really like it because I was not patient enough to take it seriously. My first instrument in middle school was the sousaphone, and if you are not familiar with this instrument it is in the horn section and it plays louder and deeper than the saxophone. I was often picked on in school but thank God I had gospel music to empower me with its soul-capturing lyrics and tones, and jazz music to transform me with its therapeutic and smooth vibes. I can remember singing in the shower and even sleeping in the bed with my portable radio. My father was the music connoisseur of jazz music on his CDs and vinyl and my mother adored her gospel music. We would often listen to a local jazz station called Smooth Jazz 100.7 FM that played Contemporary Jazz 24/7, and every so often you would hear Norman Brown playing his latest hits and songs from his ‘After the Storm’ album. 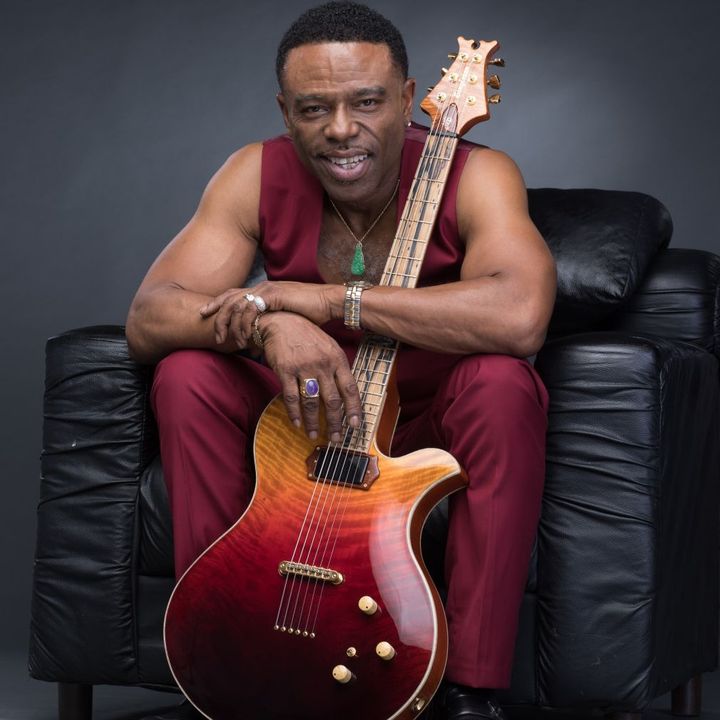 Norman Brown was born in Shreveport, Louisiana, and was raised in Kansas City, Kansas, where he first picked up a guitar at the age of eight. He grew up with six sisters. He was inspired by Jimi Hendrix and the Isley Brothers; it was his father’s preference for the sound of Wes Montgomery that set Brown on his stylistic journey. Norman became a father at the tender age of fifteen and is a father of six children and six grandchildren. First, there’s Norman Jr, who makes hip-hop beats for rappers. Rochella plays the piano and sings. Lanica makes charcoal toothpaste, Quincy, the youngest is a rapper, Roy is studying Aerospace Engineering and Kesha is a bass player and makes body butter and was and served in the military. Norman Senior is also married to a Martial Artist named Deidre from Milwaukee.

In 1992, Norman Brown’s career began when he released his album Just Between Us, which compared him to his idols such as George Benson and Wes Montgomery. He has remained a chart favorite, with albums such as After the Storm, Just Chilin’ and 24/7 where he worked with Gerald Albright. Norman is also a member of the All-star jazz group BWB; the group includes Kirk Whalum, Rick Braun, and Norman Brown himself. Norman first became interested in the guitar at the tender age of eight, when he started to gain interest in his brother’s acoustic six-string guitar. He was influenced by guitar greats such as Jimi Hendrix and The Isley Brothers but once he discovered one of his father’s favorite guitarists, Wes Montgomery everything had changed. After high school, Norman moved to Los Angeles where, he studied at the Musician’s Institute in Hollywood; after graduating, he taught briefly and signed to Motown’s Mo Jazz Label, and after that, the rest was history as the saying goes. After the storm was named Jazz album of the year, and it remained on the charts for over two years. He then followed up with, the Better Days Ahead album, and won the 1997 American Jazz Award for contemporary guitar. Brown had then moved to Warner Bros Label and released several more albums, including 1999’s Celebration and 2002’s Grammy Award-winning Just Chillin’. With the success of BWB, he then returned to his solo work with 2004’s West Coast Coolin’ album, followed two years later by Stay with Me on the Peak Label. Brown then signed with longtime jazz label Concord and released 2010’s Sending My Love. Two years later, he collaborated with saxophonist Gerald Albright for the release of 24/7. Also, in 2013, he rejoined BWB for Human Nature. In 2016, Norman keeps things moving by releasing his third album with BWB and delivering his first solo gig for the Shanachie Label, Let it Go. The Highest Act of Love followed in 2019 and included guest appearances from Deniece Williams, Baby Lee, and Paul Brown; It peaked at number one on the Billboard Contemporary Jazz Albums chart. He then collaborated with guitarist Peter White, Pianist Jeff Lorber, keyboardist Chris “Big Dog” Davis, and saxophonist David Mann for his latest project for 2020’s Heat to Heat. Norman still likes to tour around the world and perform; he and his daughter Kesha teamed up for a song called Besame Mucho. 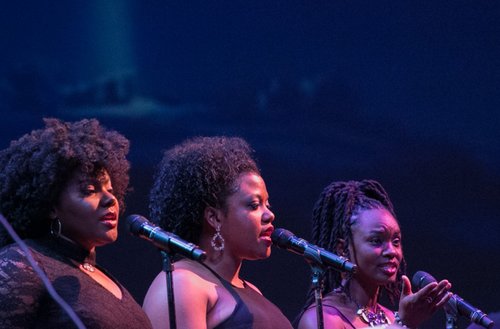 Kesha (Positioned singing on the far left) is married and is currently, in a band with her sisters Rochella and Lanica called Sisters of Unbreakable Love. Kesha also has her own line of handmade skincare, “Brown Sugar” by Kesha Janaan. Norman also went back to his teaching roots of teaching doing Masterclasses and a ninety-minute class called Production and in it he informs you about other artists and repertoire, working with producers, the recording process, orchestration, mixing, mastering, and more. Some special guests such as legendary producers Marcus Miller and Paul Brown. Norman’s Masterclass I, II, III & IV are now available on-demand. Students also learn about Technique, Improvisation, Composition & Production from master musician Norman Brown himself. He even gives private music lessons and gives his fans or ‘Normantics’ a peep into his studio sessions on his music Facebook page and on his own streaming service called Norman Brown Tv.

Music has a way of transforming and communicating in a language that everyone can understand no matter where you are from or what dialect you speak; singers and songwriters have a platform to create those positive or negative vibes in their music. Norman Brown is a man of a few words but when he pulls out his guitar it speaks volumes that shake and trembles down mountains. Contemporary Jazz has come a long way from a plug-in radio to a digital stream of music in the palm of your hands. Norman Brown is a living legend that keeps on blessing his fans day in and day out as he travels around the world. Norman was blessed twelve times when he had six children and had six grandchildren. Each generation has a gift to help elevate the next. My question for you is, what kind of Father will you be, and what will be your legacy left behind for all ages? 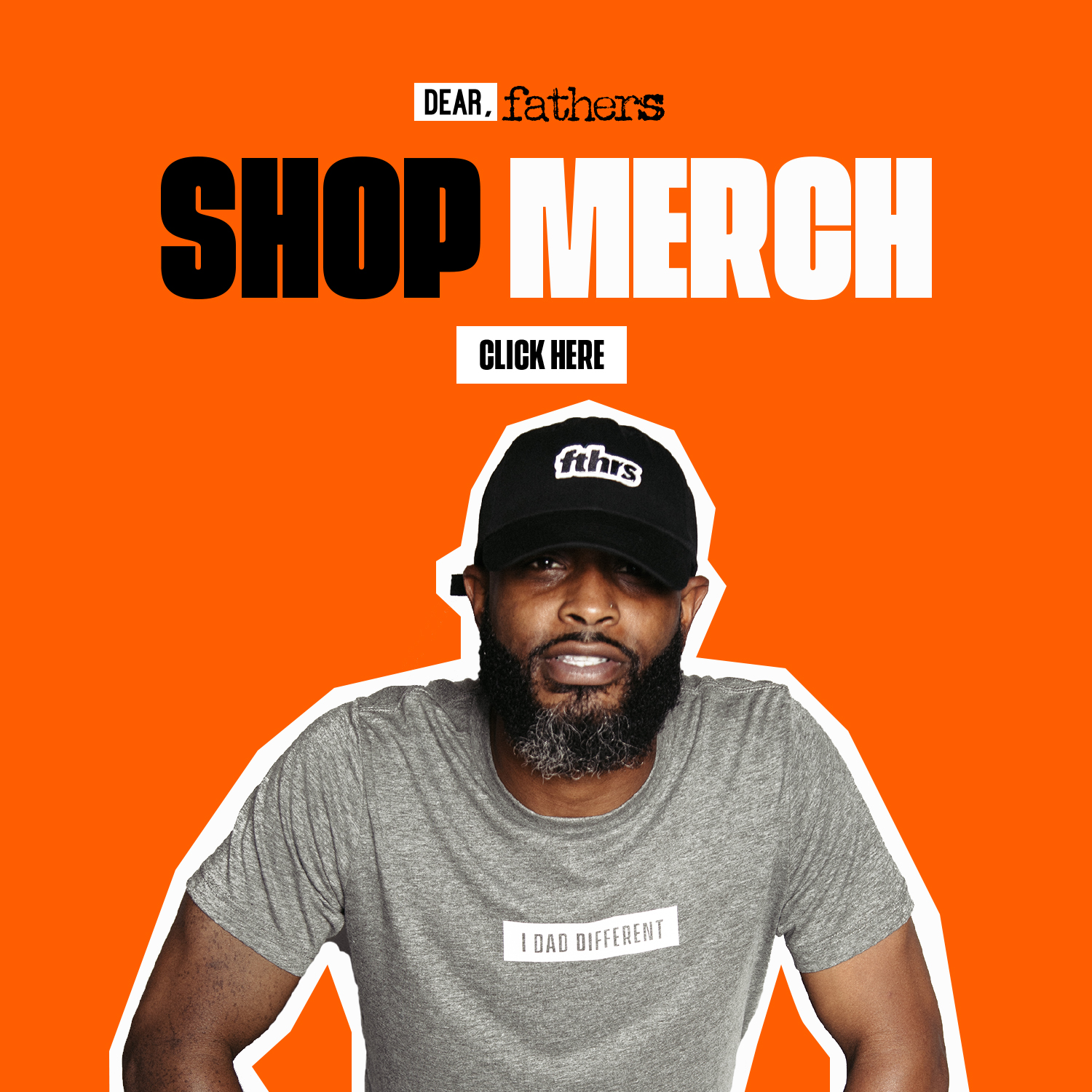 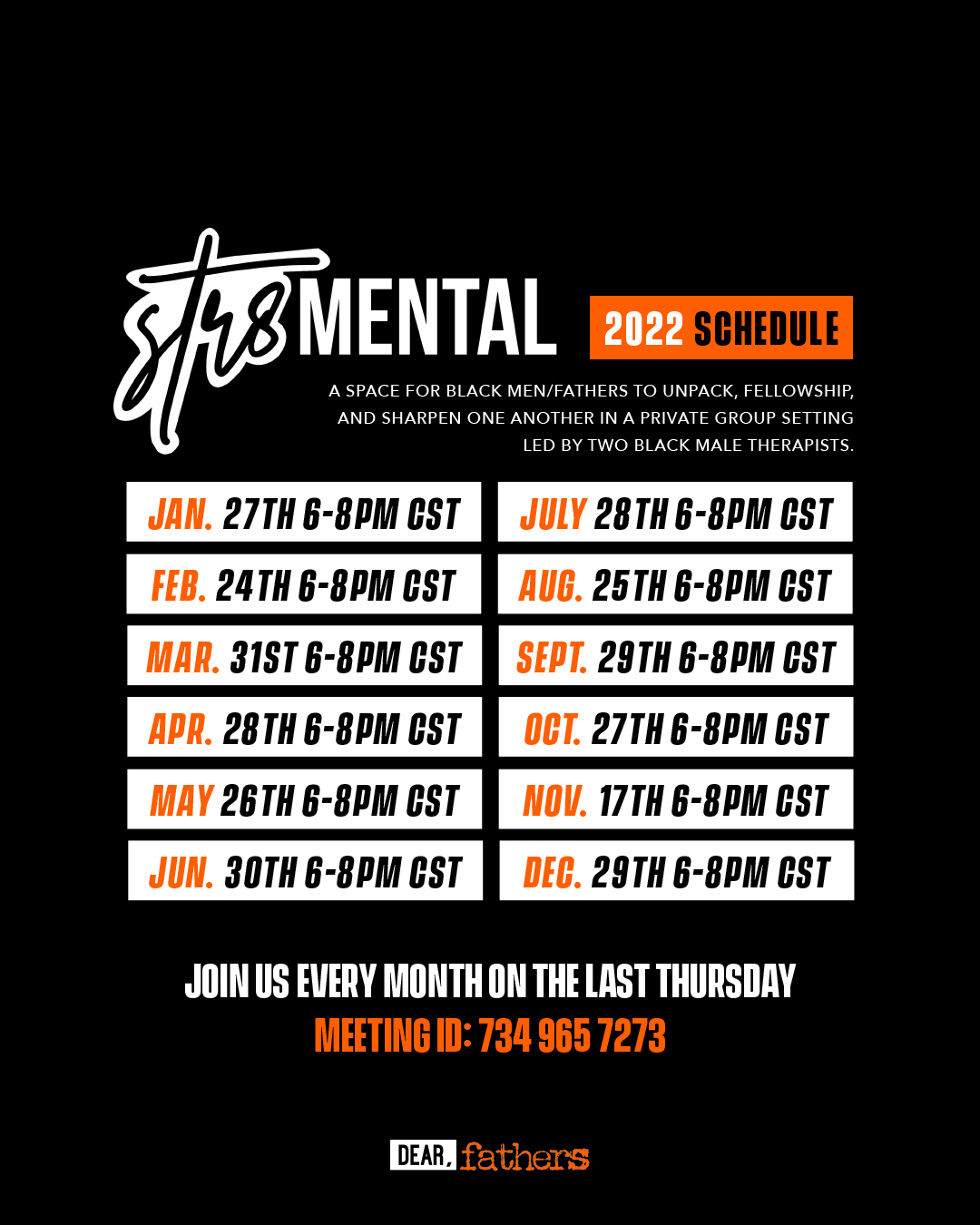