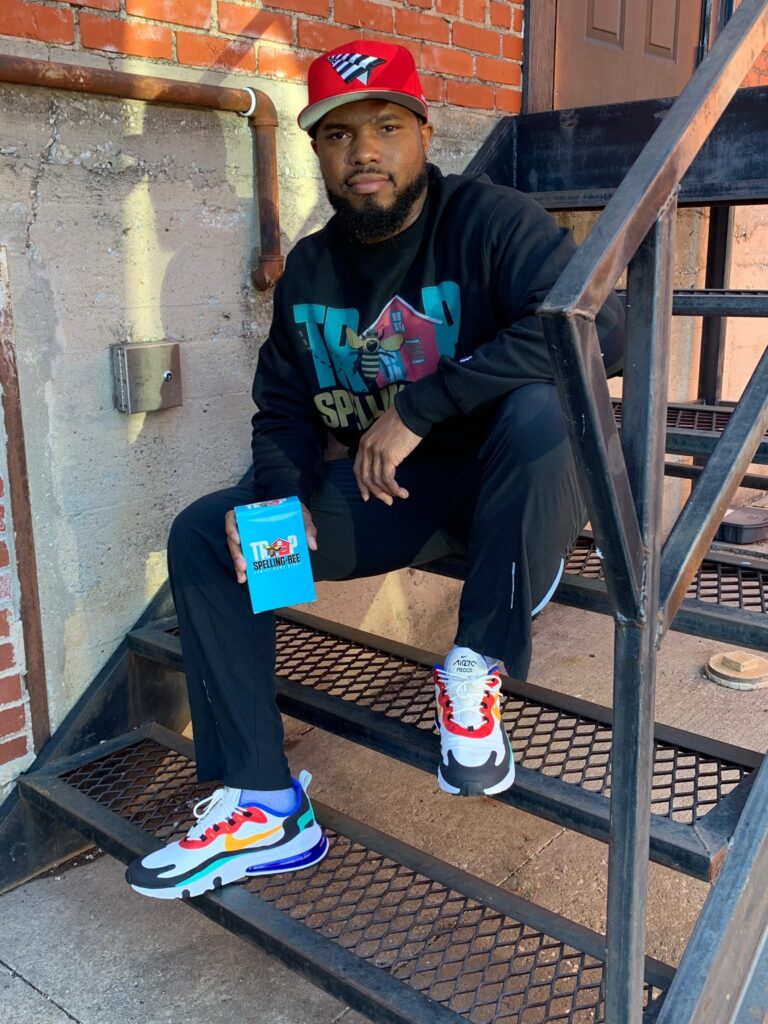 Tell us a little about yourself. My name is Demarco Robinson. I’m from MidWest City,Oklahoma. I am a serial entrepreneur with multiple businesses, one being a self-taught graphic designer (Designs by Demarco) and creator of Trap Spelling Bee company. I am a father to an 11-year-old son and a 6-month-old daughter.

What is the Trap Spelling Bee game and what’s the story behind the creation? I started Trap Spelling Bee in August 2019. The goal is for players to spell trap and Ebonics words. The idea came out of conversations with friends. I’ve always thought about ways black people have a unique way of communicating with one another through our own words or culture. I wanted to build a platform so that we could display that uniqueness and humor of our culture. The game(s) are playing cards in which Trap Spelling Bee was the first game I created and now I have 13-14 games available. Lovers Land and Sing A Song Sing Along are a few other of my games.

Because of the COVID pandemic, people have been looking to companies like Trap Spelling Bee for entertainment—how has that experience been? Nipsey Hussle said it’s “opportunity meets preparation.”  It was just perfect timing. When I released the game in August 2019, we did not know what was coming for us. My girlfriend and I both caught COVID early on. The sales of the game were on a decline and it was a lot happening. Being in quarantine gave me time to make a new game plan and the time to create. I had a video to go viral on Facebook and business has been going well for me and the company since. It’s been cool being the reason families are staying connected because of something I’ve created. I want that for us. I want to bring love, joy, and laughter.

Our people, black folks, have a tendency to create their own rules for games–how are you handling that? LOL! I’m going to let them do their own thing. They’ll tell me I’m wrong and I created the game. I just appreciate the support!

How has your son received the success of Trap Spelling Bee? It’s very intriguing and exciting to him. He’s a creative himself and has shared his ideas and thoughts with me about the games. He’s helped with packaging, delivery, and promo videos so he’s involved in the process. I’m happy that he gets to see black entrepreneurs such as myself and friends have success. 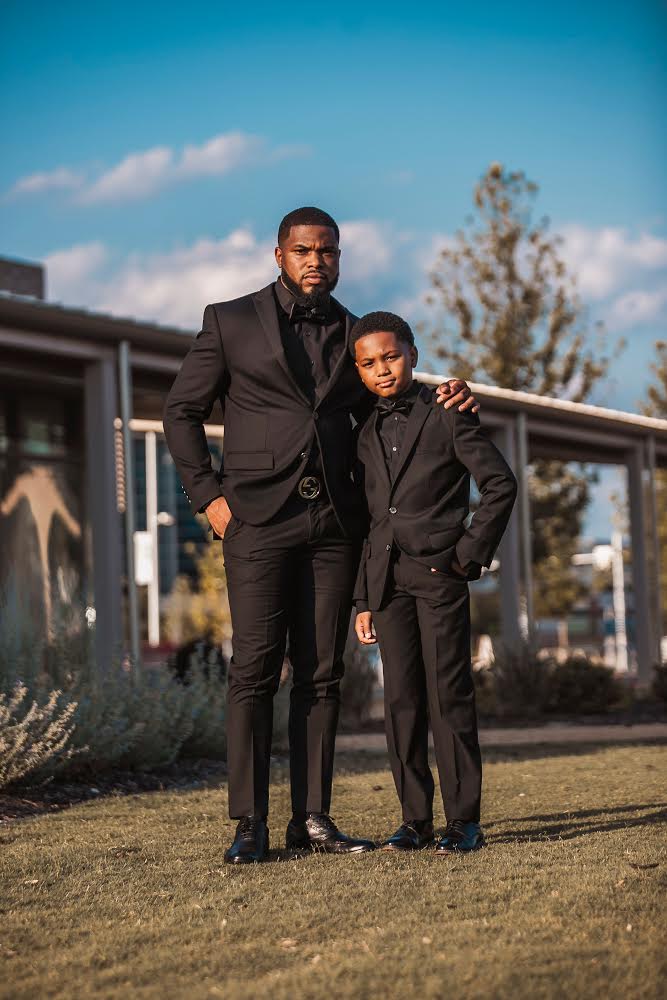 What was your fatherhood experience like growing up and how did that impact you as a father yourself? My father was pretty much a rolling stone. He was in and out of jail so there was void with him not being in my life. Early in my childhood, I had the emotions of fear. The emotion of fear turned into anger as I became a teen. It was hard to articulate the feelings and pain of not having a father. As I became a father, I realized that I needed to deal with the burden of not having a father in order to be that father I needed to be. With my father not being in my life, I find that I have higher expectations for my son. I want to make sure I try to prepare him for the world because my father didn’t do that for me. I try to make sure my son knows who he is and where he comes from. I want my legacy to be what I left for my children. 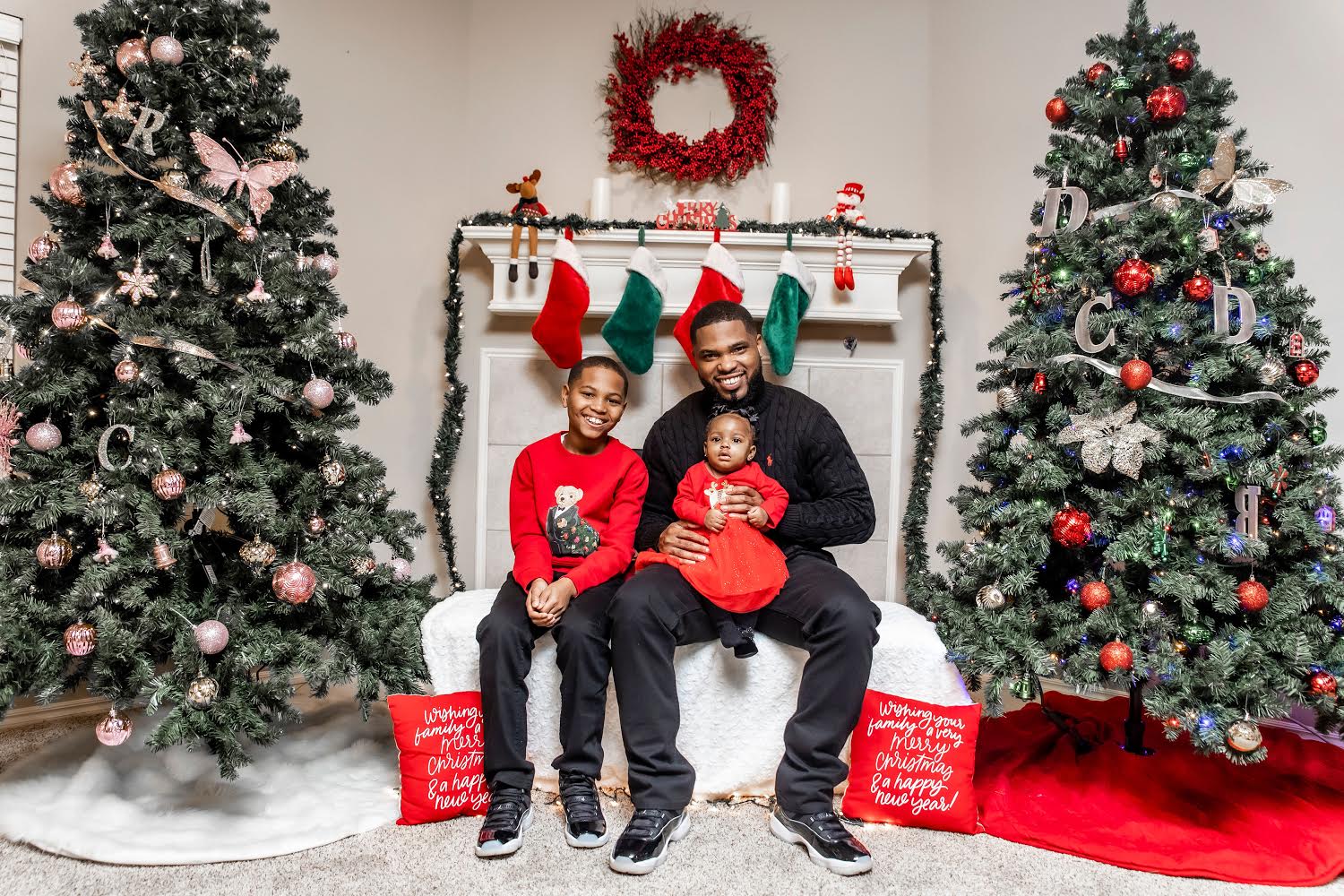 Why is the impact of fatherhood so important to you? Nothing matches the love of a mother. Children need the reinforcement of their fathers. It starts with how badly you want to be in that child’s life. Children will acknowledge your efforts as both of you grow. I’m no longer with my son’s mother but I’ve made sure that my son knows that doesn’t affect the way I feel about him or how I choose to raise him.

How has the entrepreneur journey been for you? I was a used car salesman, a successful one. I was making six-figures the last couple years I did that job, but it was unfulfilling. I learned in my late 20s that money doesn’t always bring you happiness. I took that leap of faith and it was not sexy! I had so many doubters, but I knew if I could control my time then I could control my money. I want to make sure I’m there for my children and my biggest struggle as an entrepreneur is managing the time between work and home.

What are ways you disconnect for the hustle of entrepreneurship? I enjoy real chill vibes and atmosphere. I listen to old school R&B and blues. I also enjoy traveling. I’ve always been an entertainer but my thing to do is relax. Give me a good cigar, a nice liquor, and good friends then that’s a good time for me.

If you could write a short letter to your father starting with “Dear Father,” what would you say?

I understand how hard it is to be a man.

Where can people find you on the innanet?