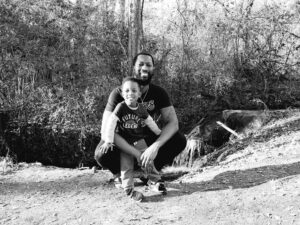 Dr. Vaughn Gay, Executive Director of Holistic Atlanta, shares his story on the intrinsic passion towards delivering healthcare and preventative services to the black community in a way that holistically provides wellness, collaboration, and sustainability, specifically for adolescents.

As a recent Doctoral Graduate, Vaughn focuses on the impact of intergenerational and systemic trauma in black boys and seeks to use Cognitive Behavior Therapy and Dialectical Behavior Therapy to address their emotional and behavioral patterns and help them process and heal from their experiences. As he has worked in the field of mental health for many years, he sees the highest quality in direct community engagement as a method of true healing and social change. He also recognized that serving as an African American mental health clinician is highly necessary for the well-being of the community, as he has understood the environmental impact of trauma firsthand. Vaughn is excited to see how innovation, research, outreach, and community collaboration can really address the numerous factors that prevent wellness in adolescent youth and to help create healthier generations to come. 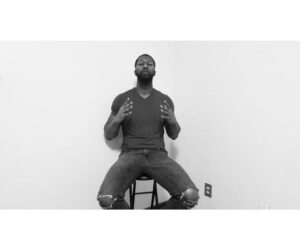 Vaughn expresses the high amount of excitement towards getting paid to use his gifts daily—motivating, encouraging, and walking with black boys and men. Vaughn was initially introduced to school psychology to provide services to mostly students of color. While this was his desired population, he felt like the correctional officer of the school because someone else would deem the student as “deviant”, and he would just be the person that acts as part of the machine that certifies them as deviant. Therefore, to break free from being part of this cognitive machine within the education system that negatively impacts black boys, he utilizes the gifts God has given him to personally bridge the gap with black boys and make a lasting impact–which has been a successful aspiration thus far.

Vaughn recognizes that black men who are successful are not very different at all from black men who fall short. All of it is a difference from one encounter, one decision, or one opportunity. Therefore, he prioritizes investing into black men learning how to reflect and reshape their future while navigating the journey of being black in America. From the out-group, the values of black men have been destroyed, which leaves a lot of expression of rigidness and apathy—something that he recognizes as counterproductive for their healing. From the in-group, black men are expected to be “super-humans” by needing to have all of the perfect expectations (tall, dark, handsome, in-shape, educated, successful, aggressive and emotionally sensitive, etc.). He calls this phenomenon the “super n—” and he recognizes this as a very stressful, overwhelming, and exhausting expectation for black men. Therefore, by using community interventions, it can help to address this intimately without heavily involving the systems that continues to harm black men daily. Vaughn urged the necessity of investing into black men. He stated, “You know the saying: if black men don’t feel wanted in their community, they will burn that b— down.”

Fatherhood is About Mentality 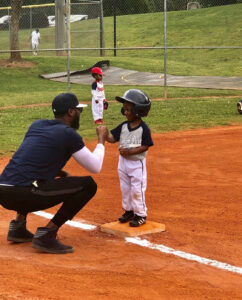 Vaughn expressed that being an accountable, responsible, and composed black father can be the hardest job in the world, simply because one must come outside of the frame that society has placed upon a black man. He recognized that being a father is more than just parenting—it’s running the business of the household. Therefore, he is constantly thinking about how to provide security and protection to his son and to his family. To him, that is a full-time job within itself.

Vaughn mentioned that his dad was in the house physically, but was not present emotionally, mentally, or spiritually. Therefore, he found that he had to learn on his own how to be a man and be a father. He was privileged to have two mentors in his childhood who demonstrated positive roles as black men within their community. From the age of 14, Vaughn learned the critical role in the presence of black men within society. He has carried this image into raising his son, as he sees that the fruits of his labor directly enriched his son. Vaughn aspires his son to look back and say that he was able to achieve so much because of his dad. His selflessness towards his son came from a reflection of first learning how to love and embrace who he is. Once he loved self, he loved his son exponentially. 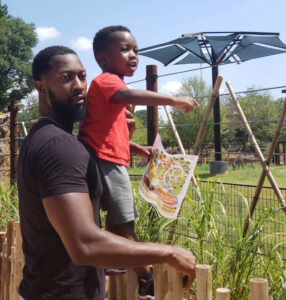 “I wanted to always be the dad that I never had.” Vaughn shared this in a place of emotional reflection. He recognized growing up that his dad had a lot of potential, but systemic oppression never gave him a chance. Vaughn’s dad grew up as part of the “Miseducated Negros” and could not read, even while graduating high school. Although he was escaping neighborhood vices, he was a contractor for the Georgia Dome in Atlanta. This “absolute zero” value of black men at this time caused men like Vaughn’s father to always remain behind in success and emotional security. Therefore, this fuels Vaughn’s passion in helping to holistically equip black men is the recognition on how systemic oppression and intergenerational trauma influences black men in all aspects of their life, and why this recognition and healing is highly essential. Vaughn’s naturally kind and supportive personality matched with his expertise and experience paves him as a leader in such a movement in addressing and dismantling the impact of trauma within black men that will resonate across many generations. 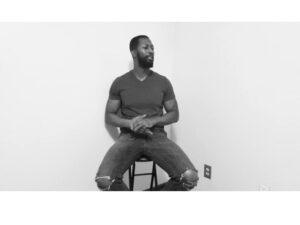 The one narrative about black fathers that Vaughn hopes will change is being a “deadbeat dad.” Vaughn hopes that there is an understanding in the complexity of raising a child, both internally, collaboratively, and within the system, especially when involving the courts as a mediator. He seeks to help black men and their supporting community recognize how the system does not have their best interest in heart, and that there is an agenda to make money off of black men for economic growth.

Vaughn compared black men in the 1980’s and white men in the 1930’s and mentioned that not much was different in their circumstances. Both were out of jobs, poor, and experimenting with recreational vices, yet white men received a New Deal that gave new civil jobs and black men received mass incarceration and brutality. He recognizes that this is the same ideology that speaks into the fate of black families within the court system and hopes that all parties involved seek alternative ways to navigate the familial structure.

What Letter Would You Write to Your Father?

When you finally find it in you to talk, I’ve finally found it in me to listen.”

That is pretty super-human to me. 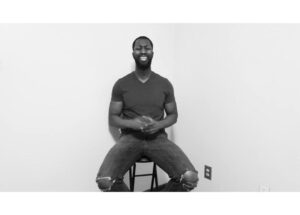